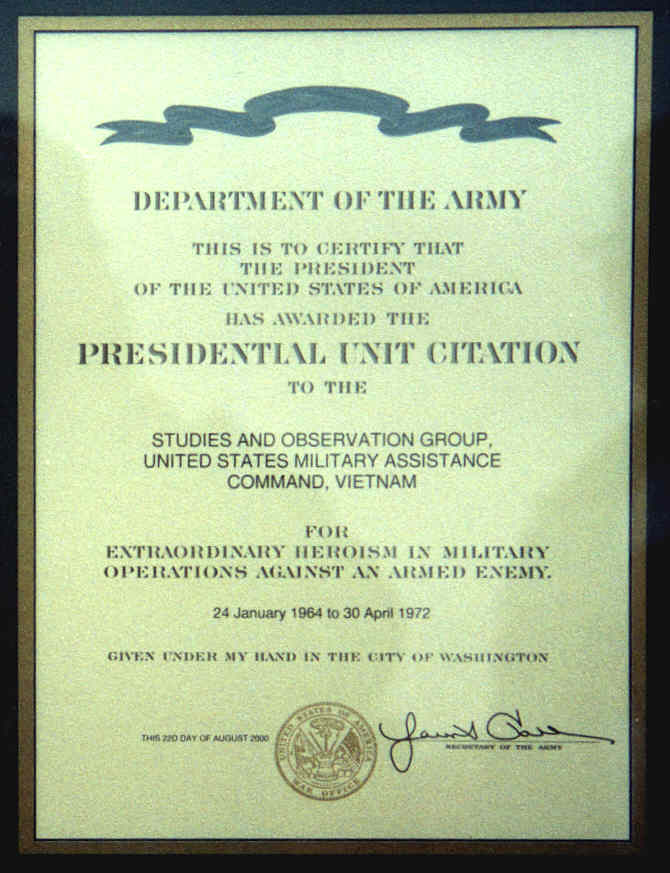 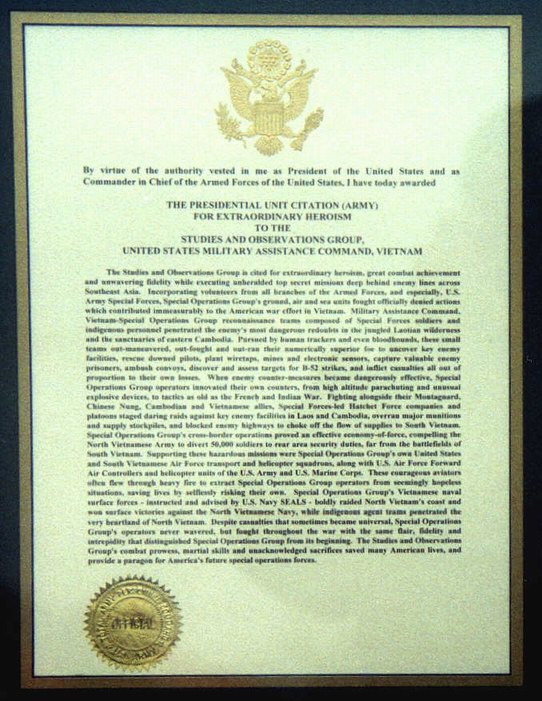 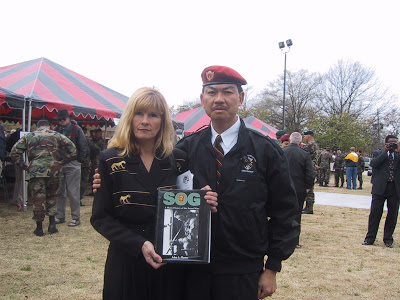 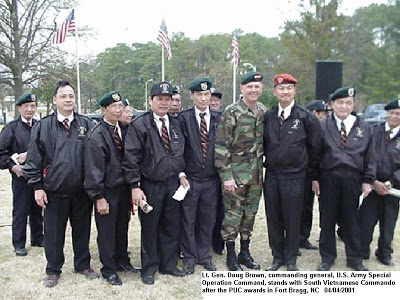 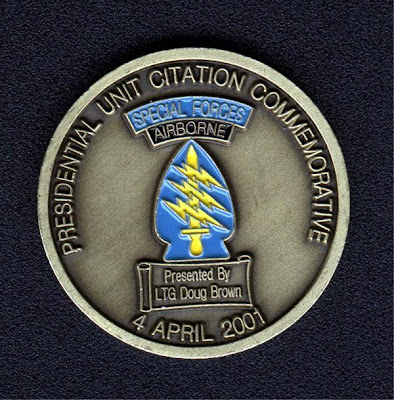 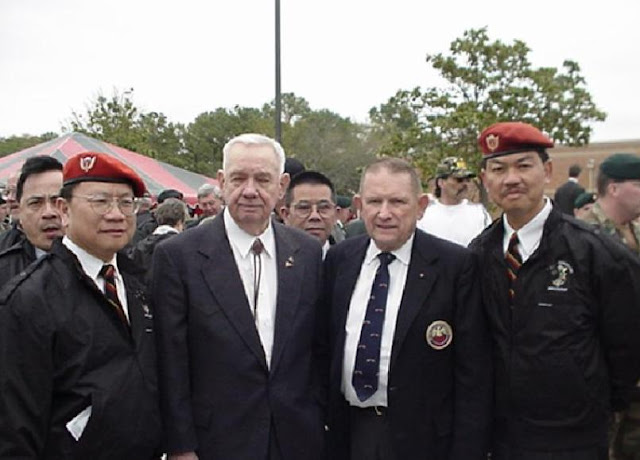 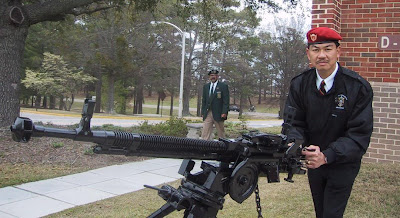 FORT BRAGG, N.C. (April 4, 2001 9:19 p.m. EDT http://www.nandotimes.com) - Twenty-nine years after it disbanded, a once-secret Special Operations unit credited with diverting the enemy and rescuing pilots during the Vietnam War received official recognition with a presidential citation Wednesday.
Veterans of the Studies and Observation Group, including some active duty soldiers, were given ribbons and special coins at a ceremony here. A small group of beret-clad Vietnamese stood alongside veterans wearing special black jackets and green berets.
"It's a day that most of us thought would never happen," said John Plaster of Iron River, Wis., a retired Army major. "That's part of the price of doing clandestine operations. Our existence was officially denied."
The unit, made up of Army, Navy and Marine personnel, operated from 1964 until 1972. It had 2,000 U.S. personnel and 8,000 indigenous mercenaries assigned to it at its peak.
Its mission was to divert North Vietnam's army, send back intelligence information, assess bombing sites and results for U.S. planes, and rescue downed U.S. pilots.
Eighteen SOG teams - usually eight men each - disappeared without a trace or were killed in battle. None was returned after the war as prisoners.
About the time that unit files were declassified, it was accused in a 1998 joint CNN-Time story of using sarin gas in Laos during Operation Tailwind, a mission to find defectors. Two U.S. defectors were supposedly killed in the attack, the report said.
The story was retracted when the allegations could not be substantiated. Time and CNN, both owned by Time Warner, apologized for the story.
Plaster said the presidential citation was "the ultimate vindication." 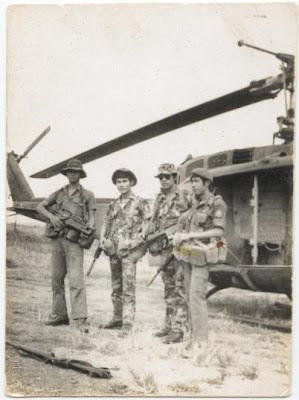 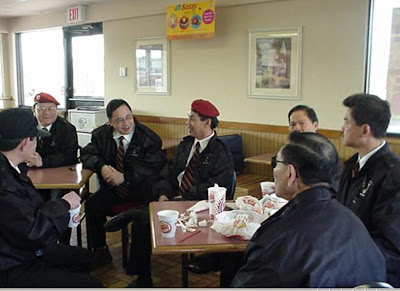 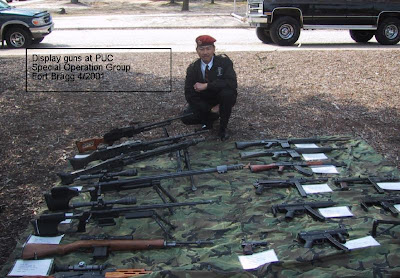 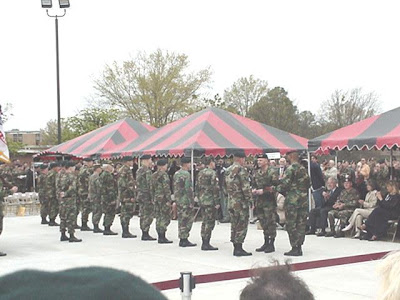 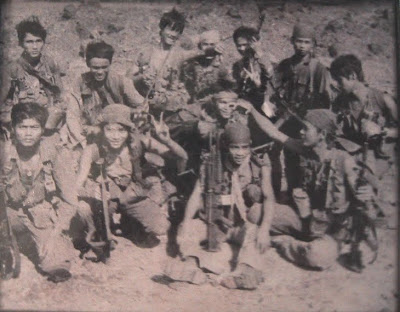